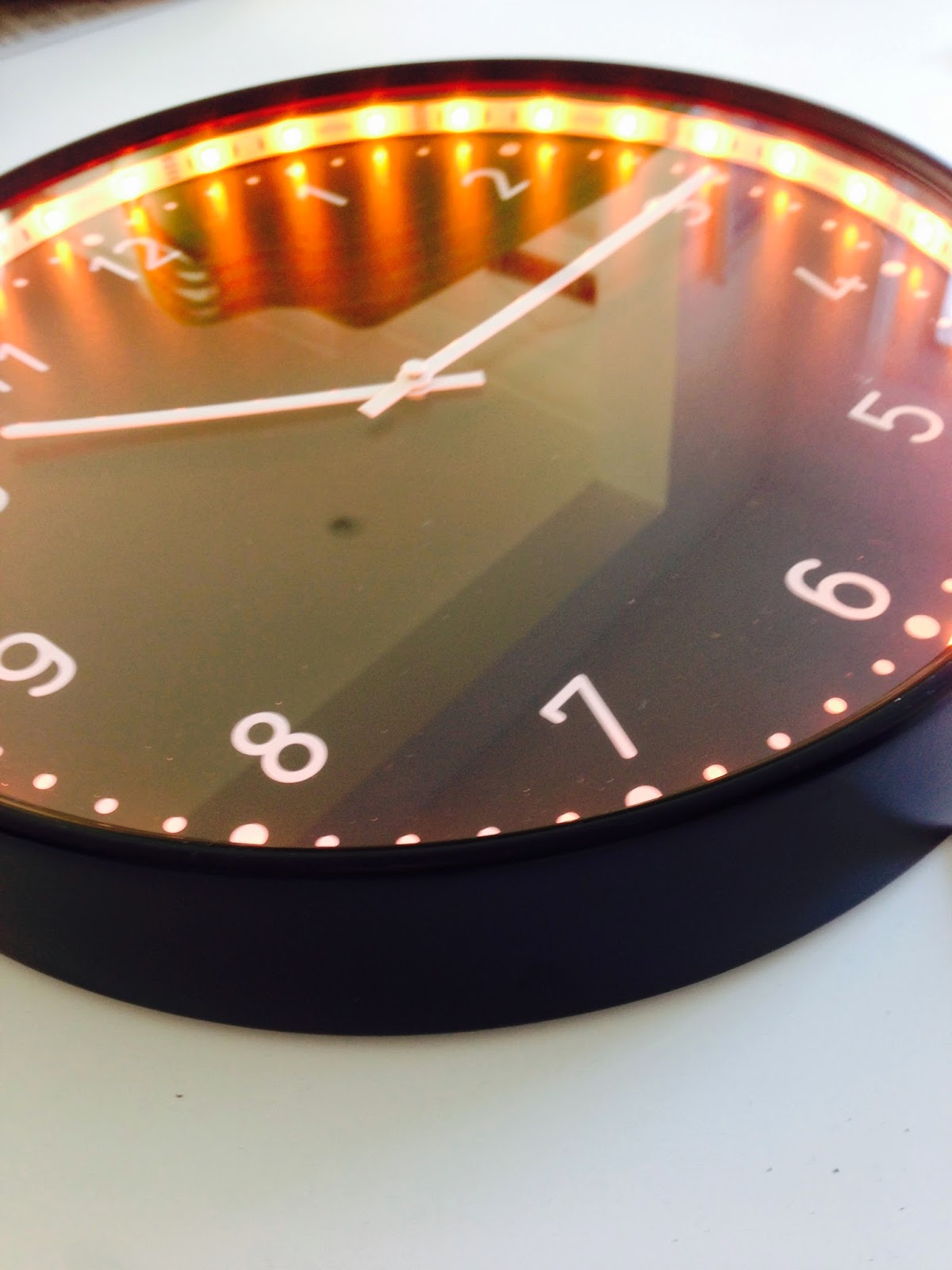 After recently discovering one of the twins downstairs at 3am in the morning, disorientated and convinced it was morning, I thought
maybe it was time to sort out some sort of nightlight that could also tell the time.  As the twins are now ten (and way too cool for school) the usual toddler nightlights just wouldn’t cut it.

On a recent trip to IKEA I found the Bondis clock, large, modern, black and affordable !  I wanted to make something with a similar effect as one of those large metal wall L.E.D arrows.  We already had an L.E.D strip light sent to us previously by Phillips so with an idea formed I set hubby to task on the job. 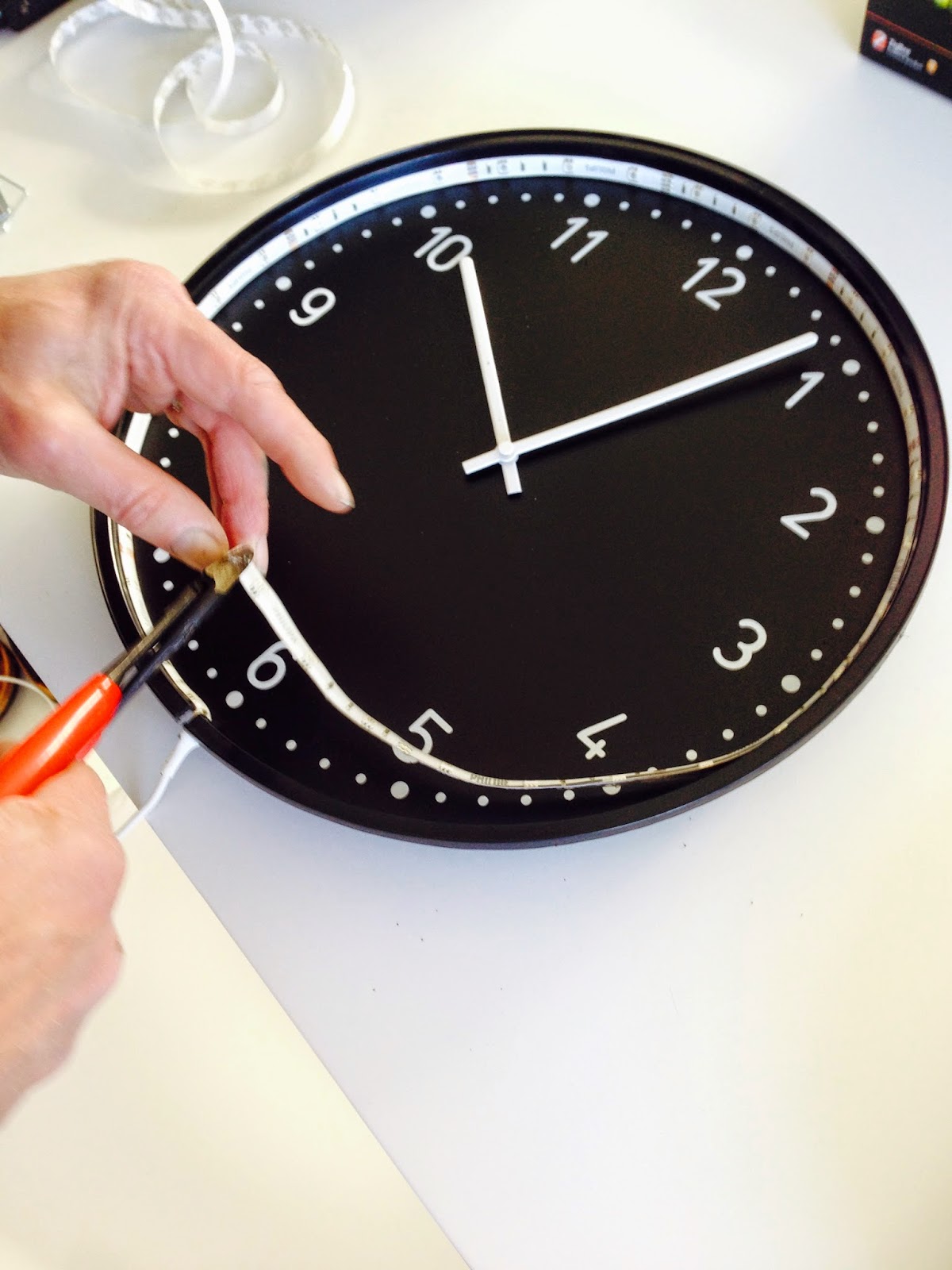 He removed the casing from the clock, placed the L.E.D Strip around the inside of the clock and then cut it to size.  He then cut a hole in the rim of the clock to feed the wiring through. 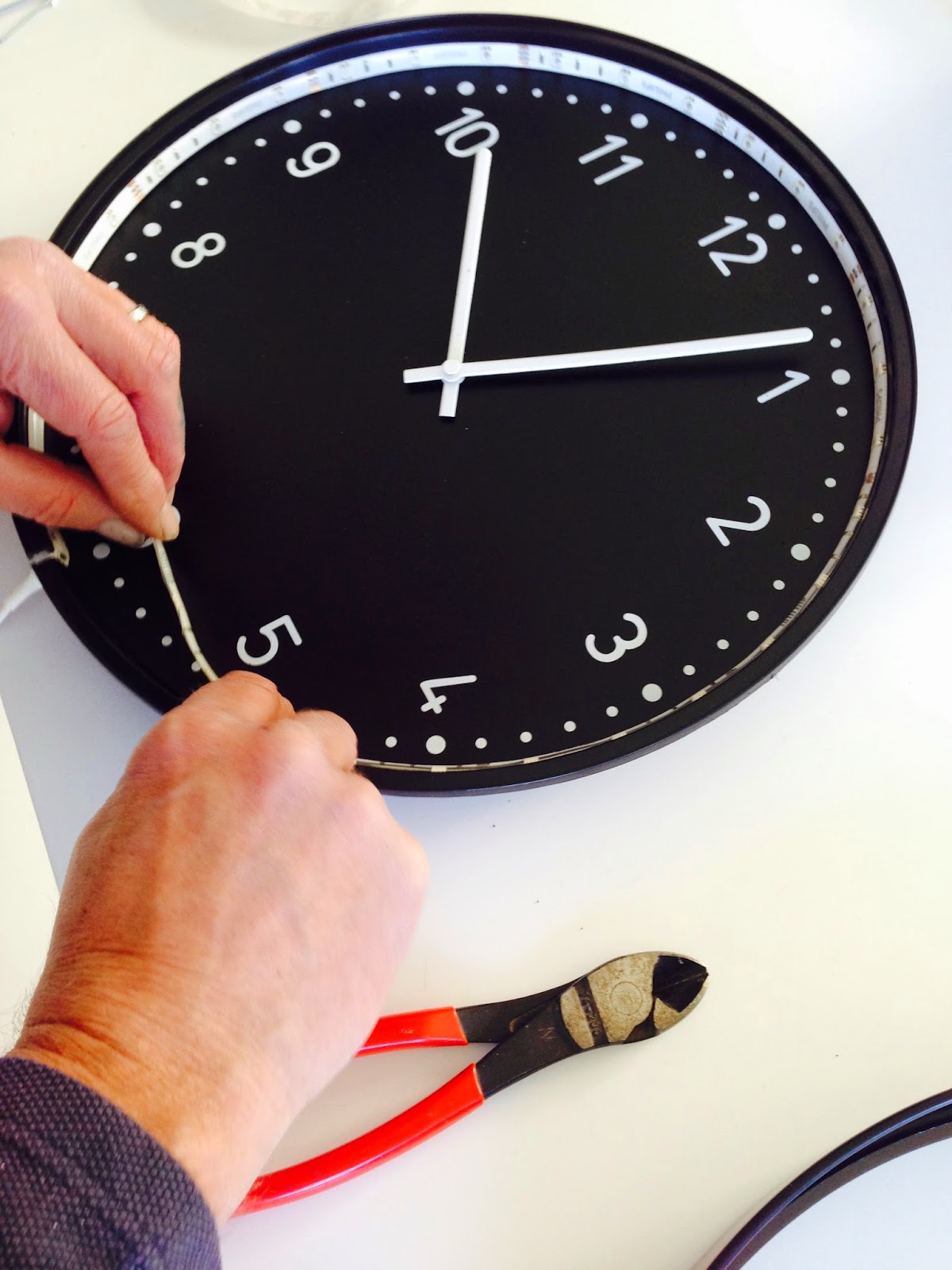 The LED Strip is self adhesive, sticking really well to the inside edge of the clock. We used these HUE Light strips kindly sent to us by Philips. 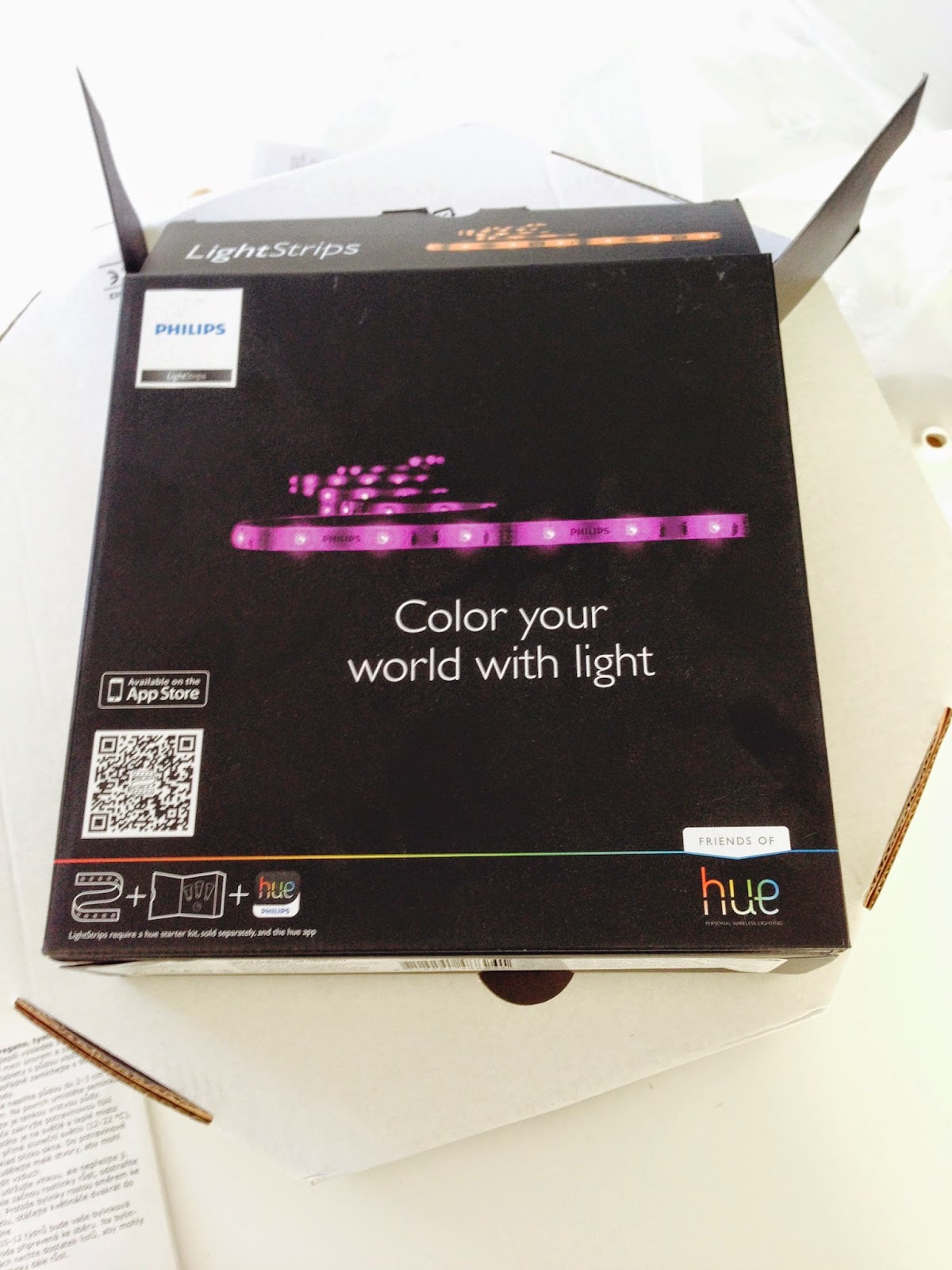 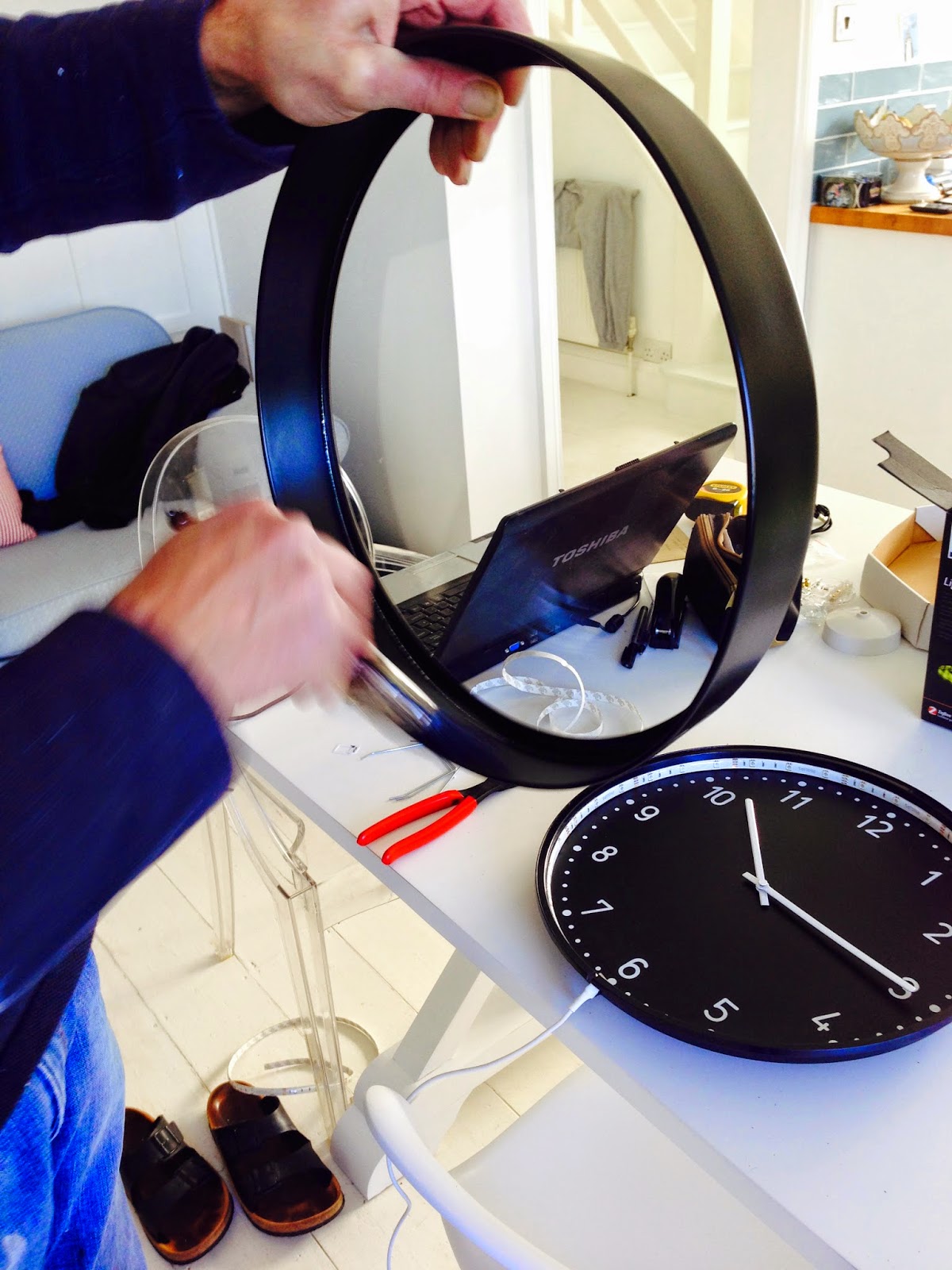 Next pop the casing back onto the clock (apologies for the man shoes in the pic !  I am FOREVER tidying up shoes the many men in my home leave lying around ) . 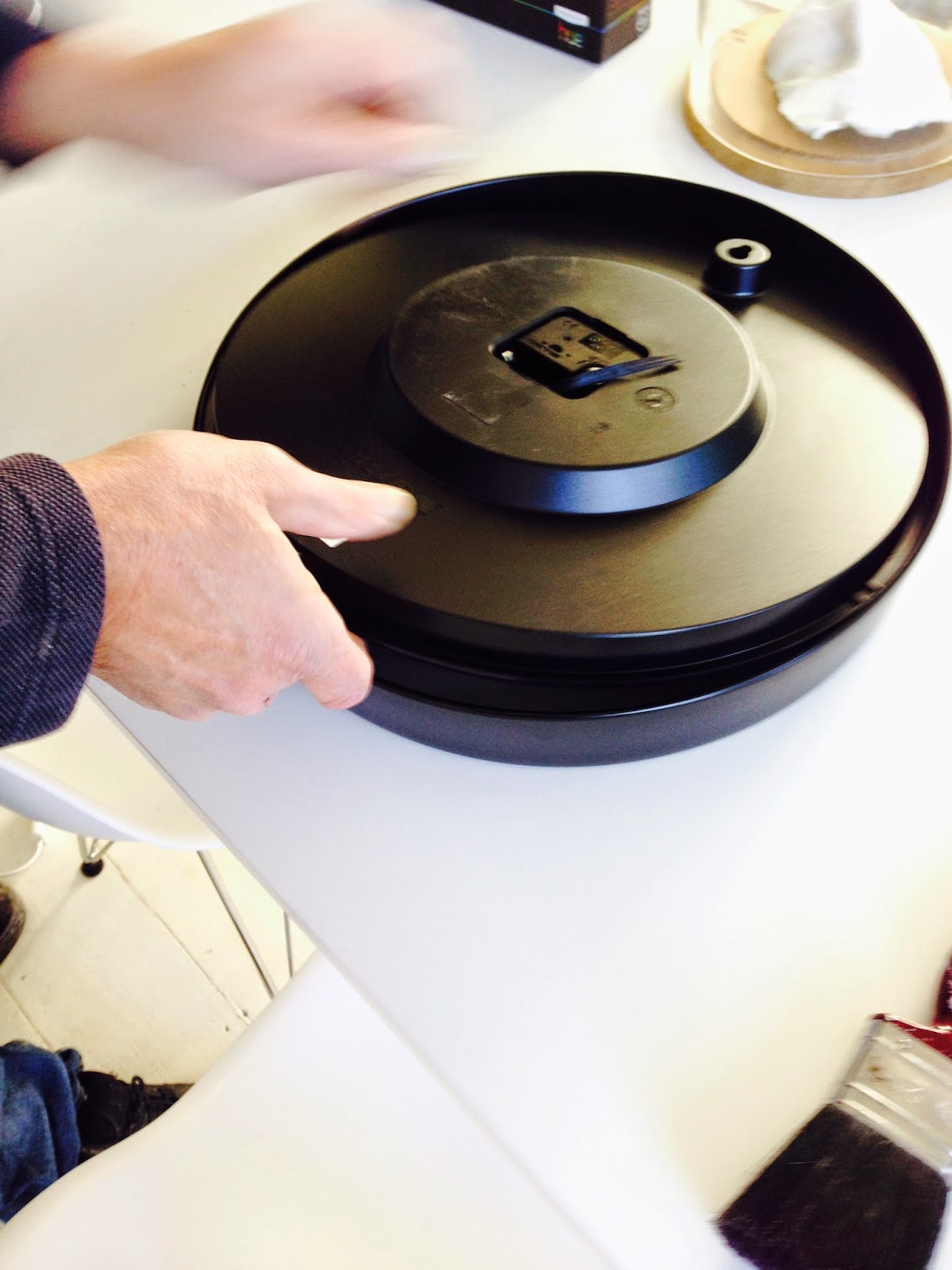 Securing the back of the clock. 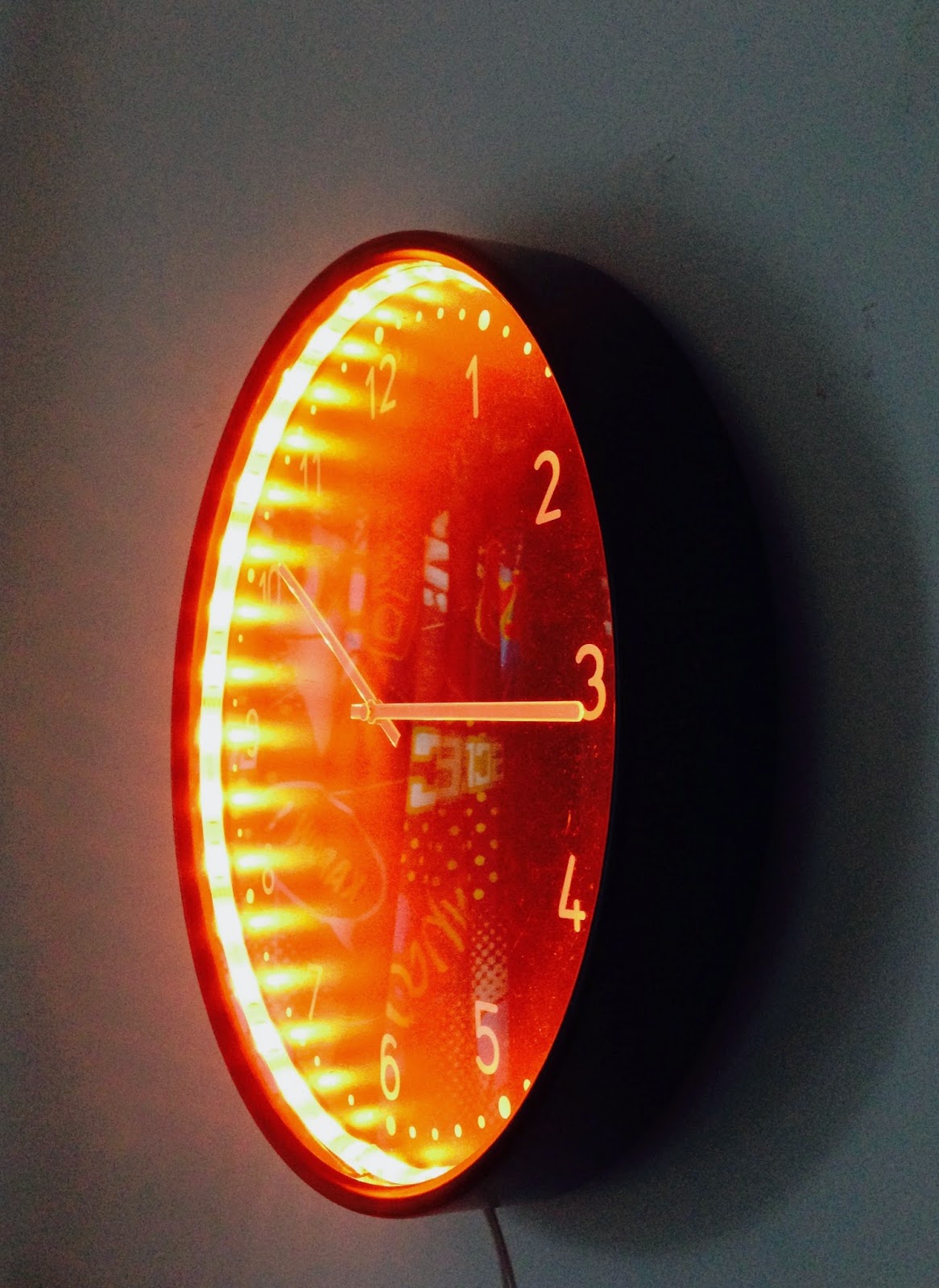 On the wall and working a treat 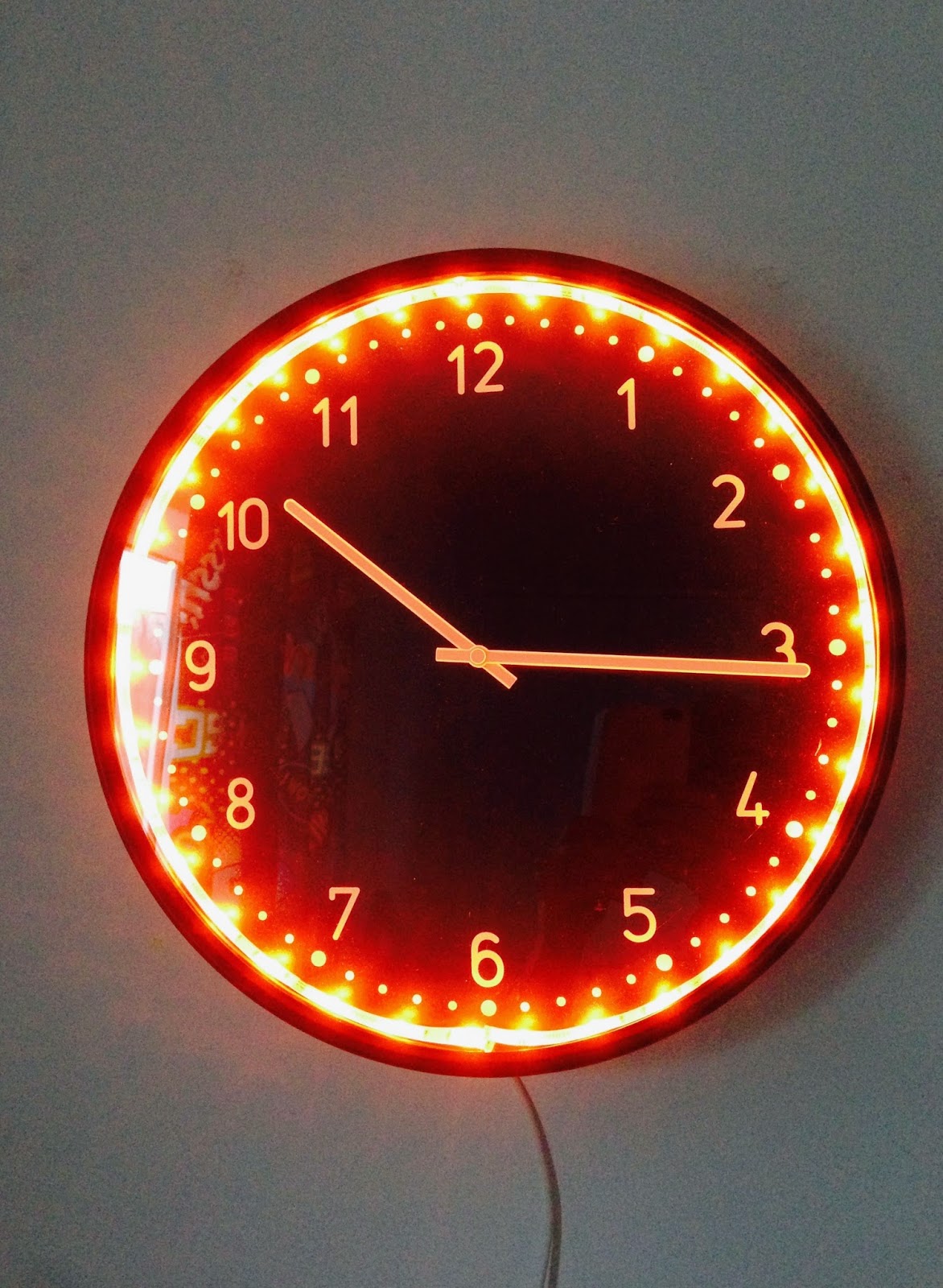 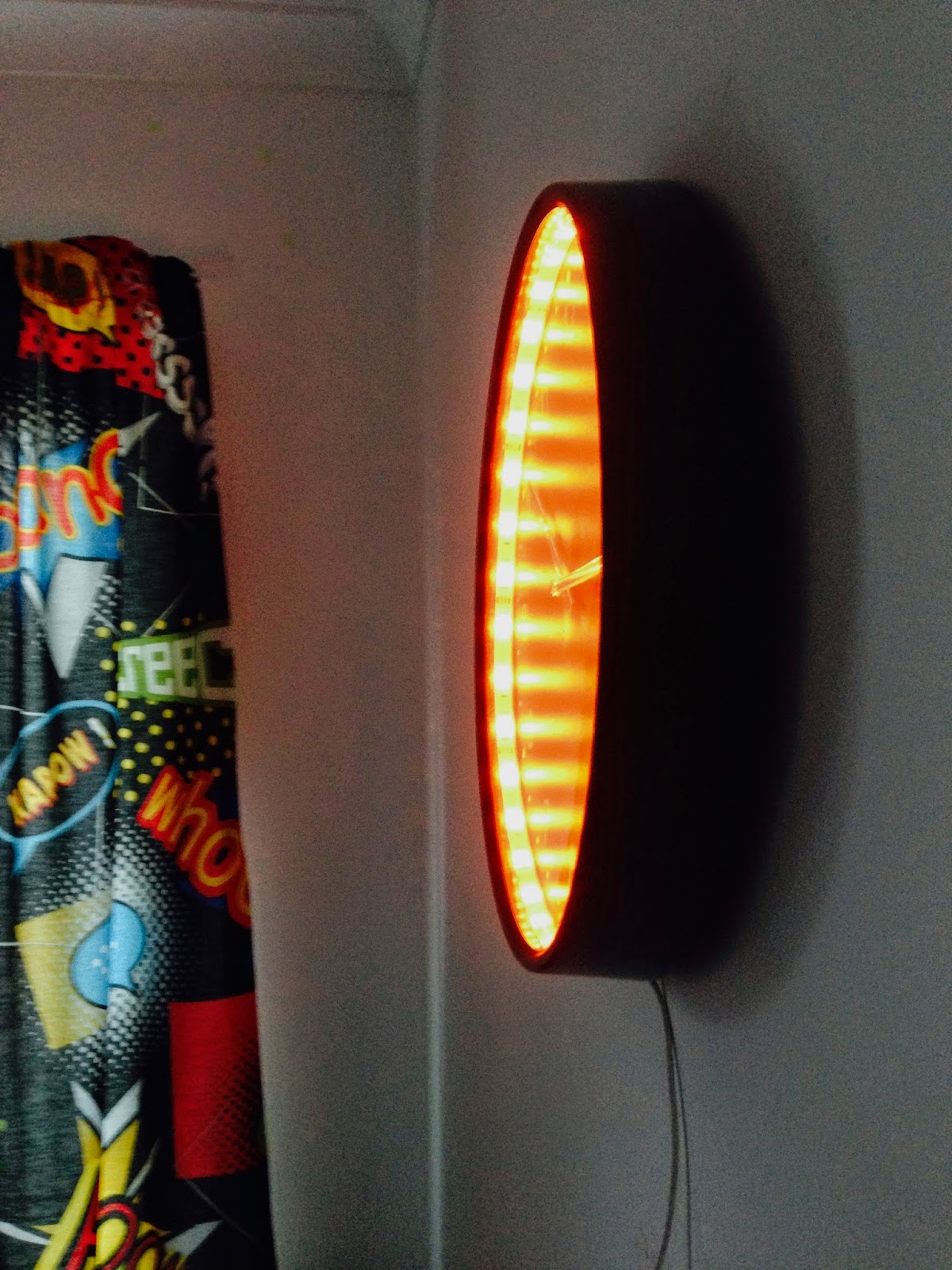